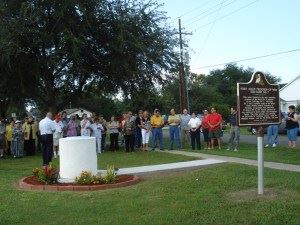 located in Port Allen from 1943 until mid-1946, announced Arlen Landry, chairman of the Historic Preservation Committee for the West Baton Rouge Historical Association. The camp housed German prisoners of war ranging in age from 19 to 52 years of age. The prisoners were used on the local plantations due to the shortage of farm labor, Landry continued.